Independent Project
Printing Unique Napkins: A Study on Napkin Printing and Its Potential as an Exercise in Manufacturing for Design


Abstract
Paper napkins come in all forms from plain to printed with high resolution graphics. But what if there was a way to get the common napkin to have a unique greeting or wish on the inside or on it? What if napkins could be personalized and uniquely printed such that each napkin in a pack was different? There are numerous printing techniques and challenges associated with these methods if we were to try to make uniquely different napkins.

Introduction
Napkins have been used since ancient times, transforming from a lump of dough used to clean the hands to small swatches of fabric used to wipe away sweat in warm climates during meals. The cloth napkin used in formal dining became widely used in the 1700s, but it wasn’t until 1887 that the paper napkin was introduced at an annual company dinner, and the paper napkin wasn’t very popular until the 1950s. The convenience factor of the paper napkin, such as the cost savings over laundering contributed to the wide adoption and use the paper napkin has today.

Consumer napkins can be divided into two primary segments: high-volume white napkins and value-added printed napkins. Value-added napkins offer a higher profit margin for the smaller producers, as consumers demand higher quality and more distinctive products for special events. According to an article written in 2003, the North American consumer market is only growing, as the demand for consumer napkins in 2003 was estimated to be 269,000 tons with a rough increase of 3-4% per year.

Personalized napkins are a fairly profitable business that is heavily dominated by private events such as weddings. For a sense of how large this market is, one major sector would be formed by wedding events. Weddings in America alone form a $51 billion industry. One could extrapolate that maybe roughly 1% of that goes to personalized goods—meaning a market of $510 million, so the napkin industry could easily be about $200 million or so. It is likely that there would be a large group of people interested in custom napkins that have a unique design on each one, but the consumers are not aware that the technology might and are consequently not demanding it.

Printed napkins are made in a fashion similar to printed goods such as newspapers and playing cards. They are made by processes meant to achieve a large throughput of goods that look identical. Just take a look at an everyday item-- most objects with some sort of printed label or imprint are produced in large quantities and these processes are not usually capable for producing goods that are uniquely different. For napkins in particular, the manufacturing process doesn't allow for any unique customization and the most common napkins produced to have a custom logo has a print only on the front of the napkin. Napkins in general can be difficult to print on as they are both highly flexible and fairly absorbent, which can restrict the processes that they can be printed with.

Methods of Napkin Printing
Screen Printing
Generally used for prints that are fairly simple, screen printing can be used to create custom napkins up to four colors. In a typical case, the napkins are shipped to the printer already folded and are post-processed to have the custom logo printed on them. The machines that showcase the technology are manually loaded as shown in figure 1, however one is led to believe that the process is fairly automated for most companies, as quantities of 10,000+ from one supplier are only $0.26/napkin for two colors.

Flexographic Printing
Flexography uses a rotary press and relief plates made of flexible rubber or photopolymer to produce goods from newspapers to packaging materials. These printers can have up to four rolls of different colors, although newspaper printers have two sets of four rollers to print four colors on both sides of a newsprint page. Flexographic printers for napkins are especially interesting because they are loaded with a blank roll of napkin paper substrate, and in the process of being pulled through the rollers, end up as a finished printed, folded, and cut napkin at the end of the machine. It’s a highly efficient process for high quantity volumes (upwards of 1000).

Print quality from flexography has also gotten to be substantially better, as one company called The High Definition Napkin, offers napkins of minimum quantity 60,000 with 4 panel edge-to-edge printing, up to 6 colors (CMYK) and photo-realistic resolution of images and text, as shown in figure 3. Although they don’t describe their printing process, it is pretty remarkable that they have a printable area of 10” x 10” for a 5” x 5” cocktail napkin.

Pad Printing
Although more commonly used for printing on non-uniform surfaces like a pen, pad printing can be used to print on napkins as well. The image is etched in a plate, which is flooded with ink and wiped clean so that ink remains only in the etched area. The ink’s tackiness causes it to stick to the printing pad, which lifts the ink film from the plate and exposes the other side of the ink film to air. That ink then becomes tacky and sticks to the napkin/part.

Digital Printing
The digital printing process is relatively new and eliminates the need for etched plates. Reduced process, on-the-fly correction, and the potential to create unique prints are some benefits it provides. However the process runs more slowly and in most cases, requires specially coated materials. Images are created by an electronically charged metal plate that is then discharged by a laser to create the image with each revolution. A fine mist of electrostatic ink is sprayed towards the plate and the ink is drawn to the areas discharged by the laser, which is then applied to the blanket roller, which after all colors have been applied to the blanket roller, the impression drum engages and transfers the color image to the substrate. Each revolution of the printing plate erases the previous image, allowing for each lay down of ink to be unique.

Several suppliers have custom napkins that are printed with digital print technology ranging from one side to a full napkin. It seems that full color napkin printing has become more accessible and that the technology now allows for companies to offer full color printing on orders from 100-10,000 pieces with prices as low as $0.32 each for large runs (greater than 1000) to $0.99 each for quantities of 100. In general the process is more expensive and it’s not as commonly used for printing on napkins as it is for making other items like labels.

Challenge of Manufacturing Unique Napkins
Assuming the digital printing method is viable
Since digital printers are capable of printing a unique design on every print, it is possible to make custom napkins using the infrastructure available today. One potential reason why this isn’t already happening is because it might be a more energy intensive process for a human to load in multiple designs at once. Additionally because there is currently no demand for the digital printers used for napkin printing to print a different napkin design with every turn of the roller, it’s quite possible that it’s the controller or the software on the machines used to print digital napkins may be the limiting factor.

Assuming the silkscreening/flexography method is the only viable method
A set of machines that could shuffle napkins is necessary in order to have the variety that most people would want. This poses a set of difficulties like shuffling or sorting sets of flexible, delicate sheets of paper. Additionally the printing surfaces might just have to be made larger in order for this to be more feasible. For example, playing cards are printed all 52 at a time via flexography by a single engraved sheet on a fairly large drum (at least in comparison to a playing card). Now to make that feasible for napkins, the drums and machinery would have to be much larger than they already are, and that may not be feasible as it would probably entail some sort of development/hardware investment cost.

Summary
There are numerous methods to printing individualized napkins. The most viable methods to pursue for individually unique greetings are digital printing and modified flexography. It is surprising that no one has produced a product that has these unique markings. Due to the high demand of personalized napkins for special events, it is quite likely that there is an already existing market that would purchase large quantities of personalized napkins that were individually unique to some extent. 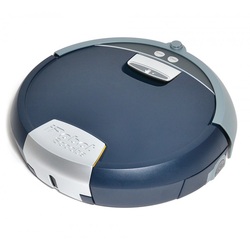 Teardown of a iRobot Scooba 380


The Scooba is iRobot's floor scrubbing cleaner.  We took apart one of the earlier generation Scooba units in an attempt to learn about the manufacturing processes and become familiar with methods used to calculate the cost involved in making a Scooba.  Through this activity, the team developed an understanding of the processes and complexity in mass-producing an electromechanical product.


The Scooba 380 was introduced in 2007 at a list price of $499.  According to the 2008 annual report they sold over 4 million home robots over the last six years.  For our assignment we estimated the cost necessary to produce 50,000 Scoobas.
Based on the costs of components of the sub-assemblies of the Scooba 380 and overall assembly costs we found, we determined the total cost of manufacturing one robot is $98.86 with an assembly cost of $12.92, for a total of $111.78. This manufacturing cost is about 23.6% - roughly 1/4 - of the price at which the product is sold ($499).  An iRobot insider(read: Professor Drew Bennett) mentioned that prices are generally 500% of manufacturing costs. Based on this, the manufacturing cost of the Scooba 380 should be around $100, which
is also very close to what was estimated in the team’s calculations.
Product Breakdown
The Scooba was taken apart and analyzed by its sub-assemblies. Below are the cost breakdown
analyses for a few sub-assemblies to give an example of how we calculated the costs involved with manufacturing the Scooba.

Assembly Steps
Assembly time estimates are based on personal experience.
● There are multiple components we were not able to take apart (they were glued together)
but assuming that there are 2 internal siphons in the tanks, (10 min)
● Press fitting rubber tank covers
● Hourly labor rate: $1.21
● Hourly rate from: http://www.bls.gov/fls/ichcc.pdf
● Assembly cost = $1.21 x 10/60 = $0.20
Subassembly: “Front Components”, qty: 1 (Adela)